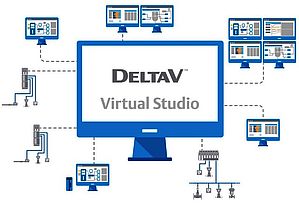 Virtualization of computer hardware is here to stay, and it proves its value in industrial applications. The automation and operational hardware and software that industrial organizations depend on are more reliable, cost-effective, and efficient when they're run in a virtual environment.

In the earliest days of virtualization technology, virtualization systems were complex and difficult to manage. Configuring a new virtual architecture was a specialization requiring engineering and information technology (IT) expertise and significant resources. As a result, many organizations have come to believe that these systems were simply too much for in-house automation engineers to handle and resisted engaging IT.

In recent years, however, new virtualization software packages have been built around the control systems that industrial organizations use, with the purpose of making virtualization more user-friendly. These new virtualized infrastructures are designed to naturally extend automation personnel's expertise.

Virtualized control system applications are designed to mimic the look and feel of the control system software, simplifying the transition from traditional installation to virtual. Best-in-class virtual control system packages include a visualizer that lets technicians see how the virtual networks are laid out, removing the abstraction of how they are configured, simplifying management.

In addition, to ease the strain of choosing a hardware backbone, suppliers offer a variety of recommended hardware configurations to support virtualized control system software packages. Hardware can include preconfigured virtual machine templates, with the control system installed and configured with the proper operating system settings to support operation. Using these templates, automation personnel can quickly and intuitively deliver best-practice installation and configuration of the control system. 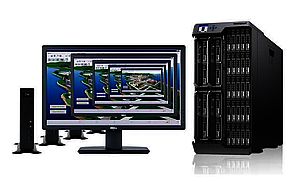 A best practice is also to develop control system packages with comprehensive manuals, videos, training, and other online features to guide users through control system configuration. With available resources for installation, configuration, and troubleshooting of these packages, automation technicians can manage control system deployments.

Implementing a virtual solution for automation software also can simplify support, freeing organizations from relying on costly contractors when problems arise. Because virtualized control systems are available as consumer-off-the-shelf products, the plant's virtualized control system is no longer a custom deployment with an unlimited number of variables, thus, global technical support often is available for the product. The standard configurations of virtualized packages allow automation teams to rely on standard support, 24/7, 365 days a year.

Virtualization technology has been available for many years, but the perceived complexity and related lack of understanding contribute to the myth that virtualization only is useful for non-critical plant applications. Because industrial environments rely on many critical applications for safety, production, and auditing, virtualization products support these applications.

When a control system runs on traditional hardware and that hardware fails, the results can include an emergency for operations or an unplanned process outage. If the organization does not have spare hardware to resolve the failure, the outage can last hours or even days as technicians wait for replacement parts to be delivered or seek refurbished parts online. The company would lose revenue, risk its reputation, and potentially face fines.

In contrast, a control system running on a virtual platform with high-availability features is at an extremely minimal risk of shutdown. Even in the most extreme hardware failures, high-availability features automatically will move and reboot a virtual machine in minutes, resulting in a running replacement long before most operations personnel are aware there is a problem. Critical applications running in a virtual environment have a much higher uptime. For that reason, the most critical applications in a facility are the ones that should be virtualized first.

Myth #3: A virtual environment is too costly

Virtualized control systems often are similar in cost to equivalent traditional hardware. For this reason, many making this decision find themselves wondering why they would change. 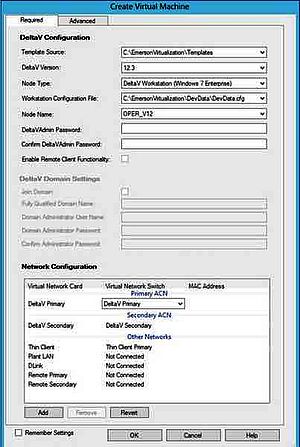 While savings may not be apparent immediately, the cost benefits over 5 to 7 years of ownership and operation of a virtualized control system can save thousands, if not millions of dollars.

Myth #4: Virtualization puts too much reliability and risk on one point of failure

Every organization finds value in redundancy for its critical equipment, and the hardware backbone of the control system is no exception. For this reason, many organizations fear that implementing a virtual platform will put all their eggs in one virtual basket, making it possible for a catastrophic event to wipe out all systems.

Virtual control systems are designed to manage disaster recovery. These software packages feature virtual machine (VM) replication and cluster management. When properly implemented, these features ensure that regular machine snapshots are transferred to another cluster in a different location. In the case of a disaster, these replicas—generally a maximum of no more than five minutes old—can quickly be started, avoiding the need to perform a full restore from backup as is necessary with traditional hardware.

Virtualization can be a lever for operational excellence

Modern industrial organizations provide perfect environments for a virtual infrastructure, and virtualization can remove some of the space, hardware, and obsolescence constraints that impact operational availability, cost, and efficiency.

What steps should be considered to ensure that virtualization architecture is secure and installed properly?