Advice follows on using proportional-integral-derivative (PID) tuning for motion control and robotics. High-end robotics with high dynamics and reasonably high accuracy of movement almost always require the use of these control algorithms for operation. 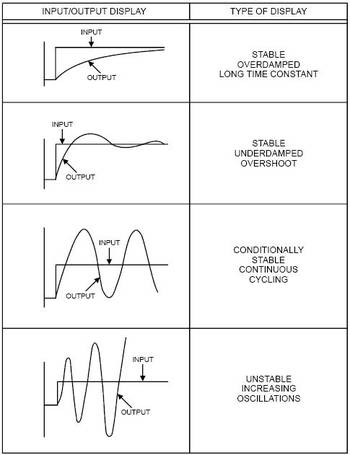 How does PID apply to motor control or robotics?

PID is the control algorithm that is used by most motion control applications. Some will only use a portion of this control method such as PI or even just proportional control, depending on the application. High-end robotics with high dynamics and reasonably high accuracy of movement almost always require the use of these control algorithms for operation.

With a pick-and-place machine, how can PID be applied?

PID is a control algorithm that resides in the electrical drive and the control section of a device like a pick-and-place machine. For pick-and-place, there are typically three control loops: torque, velocity, and position. Typically, the A drive will control the torque loop, with the "controller" handling the speed and position control. Note that this is not always the case as some drives can handle the speed loop and even position control in the case of an integrated drive/control.

How does poor tuning affect a pick-and-place application? The robot is too slow? It overshoots the correct position? It can't cope with changing loads?

Poor tuning can have a number of deleterious effects on a pick-and-place application, the most obvious being that the system isn't stable or accurate. A poorly tuned system can vibrate and place products inaccurately. In addition to inaccuracy, poor tuning can result in trips of the machine as well as overheating of and damage to the motors and drives.

Coping with changing loads is a very challenging requirement for pick-and-place applications. Proper tuning is important, but in the most extreme situation, dynamic tuning may be required to cope with this issue.

How might adjustments to PID tuning affect an application?

In a car's cruise control that uses PID, if the system is overtuned, it would rapidly accelerate while braking up and down in search of a steady speed, whereas an undertuned system would take a long time to respond to changes in demand such as going up a hill. In this case, the motor would lag out and slow to a crawl. PID is a mathematical algorithm that can be used to optimize these control requirements. A proper PID tuning algorithm in the case of cruise control would result in getting up to speed at a reasonable rate without overshooting the desired speed by more than an acceptable margin or maintaining a consistent speed under changing demands.

Newer, smarter software with more advanced algorithms may be able to adapt more quickly and easily to motion control and robotics applications.

See related articles about PID below.

While PID control is often used because of its adaptability to a wide range of applications and operating conditions, there are several common problems that occur during the PID tuning process. Automatic and adaptive tuning can reduce the time and frustration often involved in reaching the correct tuning parameters for a given operation.

A brief history, starting with the earliest PID controllers to the most recent developments. There is more continuity than you might expect.

The third factor in PID is the least understood. Derivative action can do good things, but when used improperly, it causes headaches.