A drawback of this configuration is an intrinsic tracking error during movement proportional to the speed. Feed-forward methods tend to reduce this error, but at the expense of an overshoot or a longer settling time.

An adaptive nonlinear control algorithm can overcome these limitations and optimize servo performance in high-precision motion applications. The proprietary algorithm tested here uses a parallel configuration, in which all branches are on the same level and executed in each sampling period. On each branch a variable gain parameter is introduced and automatically optimized for high gain and stability. As a result, position error and settling time are minimized to levels superior to those of other controllers.

The algorithm's primary components are a variable gain module, which contributes to a very low tracking error, and an adaptive feed-forward module, which allows a very short settling time (Figure 2).

The variable gains (VGd, VGp, VGiv, VGi) are calculated internally and modified dynamically during operation by the algorithm. Each gain is a specific function of the system variables, such as velocity and position error. During movement the variable gains may reach values up to 10 times higher than at stop. This produces highly accurate path-following during movement, together with quiet low-speed operation and standstill. Moreover, system stiffness is more than tripled during movement, resulting in very low tracking error.

The Kiv parameter branch is unique to this algorithm and combines the effects of the Kp and Ki branches. It produces a stiffness more than double that of Kp, without creating oscillations. It reduces the tracking error during both acceleration and standstill. It also eliminates standstill error as does integral feedback (Ki), but with the rapid response time of proportional feedback (Kp) (Figure 3).

The adaptive feed-forward module serves to achieve a short settling time. Because of the exceptional strength of the Kiv and Ki branches, most of the feedback response (current command) is in the integral term. During movement, the correspondence between acceleration and motor torque is monitored, and this relation is used during the deceleration phase to process the integral term.

At the end of movement, the adaptive feed-forward algorithm modifies the content of the integral term according to the anticipated (expected) path acceleration, thus resulting in a zero settling time (Figure 4).

The algorithm is integrated into a servo drive series (Figure 5). Interface software performs tuning automatically. While autotuning is usually sufficient, certain applications may require manual fine-tuning for the optimization of control parameters.

Automatic and manual tuning is based on the same principle. During autotuning, the quality of the movement is measured and evaluated by the drive and the software. During manual tuning, the quality of movement is evaluated by the user. In either method, the servo control parameters are modified progressively and the value that achieves the best performance is selected.

Tuning the algorithm is simple and intuitive, and is performed much like conventional proportional-integral-derivative (PID) tuning. Each variable gain is increased progressively until an oscillating behavior occurs, and then reduced about 10%-20% to a safe value.

A gantry robotic application required a sustained accuracy of 2-3 micrometers at maximum speed. Using a servo drive with the software algorithm described increased the maximum application speed from 120 mm/s to 160 mm/s while maintaining the required accuracy, and resulted in a 33% increase in machine throughput.

In a comparison test with another servo drive at a speed of 160 mm/s, higher accuracy and a lower ripple were achieved (Figure 6). 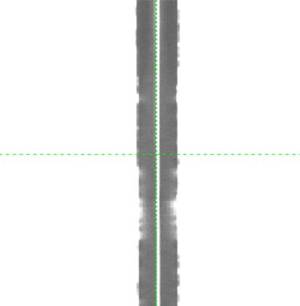 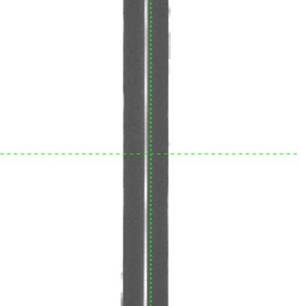 Use of the advanced algorithm is proving to be particularly advantageous in applications requiring accurate path tracking and low settling time, such as CNC and cutting, conveyor tracking, pick-and-place operations, PCB mounting, welding, as well as painting, coating, and gluing.

If throughput can be increased by one-third and quality improved with advanced servo motor and software technologies, what applications should you revisit?