While PID control is often used because of its adaptability to a wide range of applications and operating conditions, there are several common problems that occur during the PID tuning process. Automatic and adaptive tuning can reduce the time and frustration often involved in reaching the correct tuning parameters for a given operation.

Proportional-integral-derivative (PID) control is the most common mathematical algorithm used to control automated systems in modern industrial and commercial applications. Essentially, the three parameters of proportional, integral, and derivative are gathered by a sensor and then used to adjust a control element that changes the output of the process to achieve a desired result. This loop feedback mechanism can be applied to simple processes such as controlling the temperature of a home with a thermostat or to very sophisticated applications such as flying by wire in an aircraft.

While PID control is often used because of its adaptability to a wide range of applications and operating conditions, several common problems occur during the PID tuning process. In many cases, complex variables need to be finely tuned to reach the optimal performance for a controlled system. This process can be time-consuming and frustrating, often requiring the engineer to request support from distributors or manufacturers. The difficulty that arises from these situations is that the tuning parameters for a particular system may vary depending on the priorities of that system. For example, an engineer may have to specially tune the settings of an operation to increase responsiveness while sacrificing energy efficiency, or vice versa. The tuning parameters required to achieve a specific priority for an application are often difficult to determine, requiring the engineer to use the "guess and check" method until the desired result is achieved. This is an iterative process that is an inefficient and frustrating use of time. 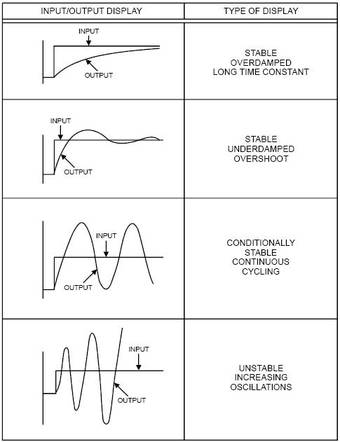 Another common problem with older PID control systems is monitoring safety concerns. In large industrial applications such as automobile manufacturing plants or lumber mills, there is often hazardous automated machinery that can put lives in danger if the control system does not recognize changes in the operating environment. Consider an industrial pick-and-place application in which large machinery is used to transport heavy items from one place to another. Without being properly tuned, a slight disruption in the process could cause the machinery to behave erratically, putting the operators in danger.

While these risks can often be mitigated using external safety precautions such as signage, mats, and guard rails, problems can still arise if the dangerous equipment does not possess the capabilities to automatically shut off or change its mode of operation when an interruption is detected. With advanced PID control tuning technology, certain features are available that can increase the safety and efficiency of these types of processes.

A newly developed aspect of PID control systems is the auto-tune feature. With auto-tuning, the controller runs through an automatic routine that moves the motor, senses the performance of the motor, which is affected by the load conditions, and automatically make changes to the operating parameters based on the gathered feedback. While this feature is helpful in the initial setup stage, a point is often reached in which fine tuning is still needed to achieve optimal control of the process.

A common source of frustration that occurs when an engineer is making these fine adjustments to the parameters of a control system is that a small change to one parameter can require adjustments to other parameters that were not required before the initial change.

One new feature that can help alleviate this frustration is a "stiffness variable," which can automatically make corresponding adjustments to other parameters based on changes to one individual parameter. In a practical application, an engineer might make a tuning adjustment that would cause a system to become unstable. In these circumstances, the stiffness variable would adjust the additional parameters to bring the system back into a state of stability and avoid any damage or further error. 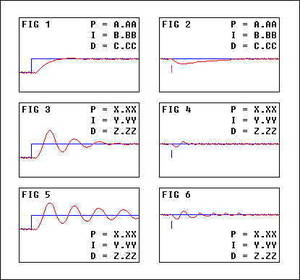 For complicated processes with multiple loading conditions, automatic tuning is not always a viable solution because it only provides a starting point of initial parameters that the machinery will then use throughout the duration of the process. In these complicated situations, it is necessary for the system parameters to change as the motion and/or load changes throughout the process. The traditional "guess and check" method becomes extremely complicated in these scenarios as the load and speed of the process affect the tuning of the system and create questions of how to tune the system effectively to achieve the desired result. A traditional system solves this with tuning "gain sets," which are different parameters for the different conditions. The controller will change from one set to another when the loading changes.

A new feature that provides a solution to these demanding tuning requirements is adaptive tuning. As the motion and load change throughout the process, an automated system equipped with adaptive tuning will use a feedback loop to make adjustments to various parameters if the performance crosses a particular threshold to keep the system under control and achieve optimal efficiency. Going back to the pick-and-place example, this technology would enable a single machine to transport items of varying size and weight in succession without having to be continually tuned, or tuning gain sets managed, to handle the next object. 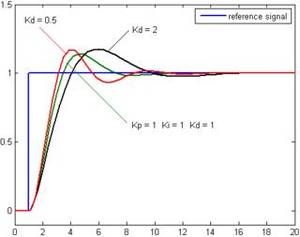 Many of these new tuning features are contained within the firmware of the electronics in the control system. In some cases, adding new functionality could be as simple as updating the firmware of an existing system when a new feature is introduced. It is also a possibility for newer firmware to be retrofitted onto existing hardware, provided the systems are compatible.

PID control algorithms have long been considered the industry standard for control automation, and they remain so today despite certain flaws in the tuning process. With the aid of newly developed features such as automatic and adaptive tuning, industry professionals are aiming to reduce the time and frustration often involved in reaching the correct tuning parameters for a given operation.

How many of your control loops are on manual (not providing benefits) versus closed loop and optimized? Have you quantified what that costs? 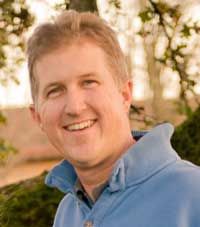 About the author: Corey Foster serves as Northern California automation sales manager for Valin Corporation. He has 15 years of experience in automation, specializing in electromechanical motion control. For the majority of his career he has been an application engineer, both at a major manufacturer and in distribution.