You’ve seen the equations, but have you thought about how those elements work together? Part 1: The basic concepts and proportional control.

Most process control engineers have been exposed to the basic equation in a form that looks something like this:

More than you want to swallow in one bite? Let’s break this down into the major components:

Kpe(t) is the proportional component, the P in PID. If you have a controller configured as proportional only, this is it. So let’s look at how this works.

Let’s start with my own misconception of how I thought it worked. When I imagine a controller, I picture myself turning a valve while watching a gage. I look at the gage, decide if I need more or less, turn that valve a little more or a little less, and then repeat the process until the gage shows the value I want. That sounds fundamentally logical, but it is not how a proportional only controller works. It’s more like if I were to look at the gage, subtract what it reads from what I want it to read, and then take that error over to a chart to look up a new value for the valve.

Let’s look at an example of pseudo code to explore how this works:

This control algorithm is deceptively simple, yet it gives an immediate response to a setpoint change or a disturbance in the process. And if K is set correctly, will quickly move the process toward the setpoint. But, it won’t get the process to the setpoint because there has to be some error if the output is anything other than 50%.

Note: On some systems (though not often in modern systems), gain is expressed as proportional band. Proportional band is defined as the amount of change in the controlled variable required to drive the loop output from 0 to 100%. To convert between the two, gain = 100/PB.

Next week: Understanding I and D. 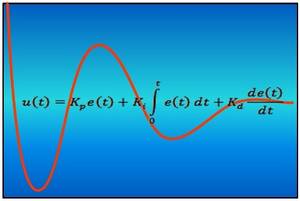