PLCs have come a long way since the late 1960s and their applications in engineering are both innovative and seemingly endless. 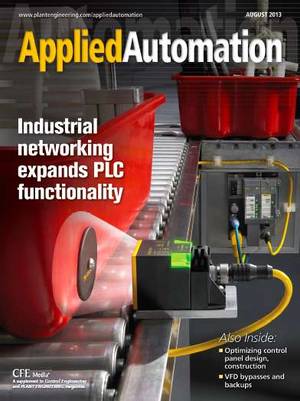 Dick Morley is known as the father of the PLC because of his work at Bedford and Assocs. in 1968. Almost half a century later, the PLC is the mainstay of industrial automation—in one form or another. Whether it’s a brick, micro, or a high-horsepower PAC, the PLC “has been the workhorse in automation and manufacturing industries across the board for many years,” to borrow from the words of the authors of this issue’s cover story.

High-speed Ethernet allows bandwidth-hungry technology such as motion control and video to communicate with the systems that require their functionality. As the authors point out, “Although PLCs opened the door for on-the-floor visual communication, it was their integration with networking devices that offered manufacturers a new level of visibility and control by combining real-time Ethernet with visualization, control, and communication capabilities.”

The second article in this issue explains how advancements in modern control panel wiring methods can reduce the costs of manufacturing and ownership. By increasing the number of control panel components as well as simplifying the wiring that connects them, material, labor, and commissioning costs can be minimized, and construction time can be reduced.

VFDs are among the devices that can interface with PLCs. The third article in this issue explains the history behind the need for bypasses. Although VFDs have become much more reliable than when they were first introduced, the bypass, which enabled users to operate motors without the VFD, remains today in one form or another. This article describes traditional and electronic bypasses as well as redundant VFD configurations.