The Kagami-Biraki sake ceremony celebrates the start of U.S. manufacturing of the Yaskawa MV1000 medium-voltage ac drives, first in that series of drives to be built in Oak Creek, Wis., with an investment in manufacturing and testing in excess of $3 million. See photo gallery from the ceremony and plant tour, below. 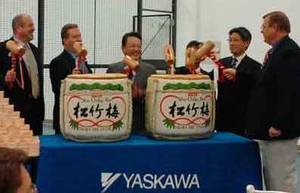 Yaskawa Electric Corp. and Yaskawa America Inc. celebrated the start of U.S. manufacturing for the Yaskawa MV1000 in a ceremony at the Yaskawa America Oak Creek, Wis., plant on Nov. 30. Yaskawa offered the medium-voltage drive (for motors up to 5000 hp) earlier this year, but ordering and shipping from Japan takes about 6 months. That’s expected to be reduced to 8 weeks or less after more than $3 million is invested by 2014 for new manufacturing and testing areas in the 30,000-sq-ft plant. By late 2013, models serving up to 5,000 hp are expected to be available, including UL and CSA listings. 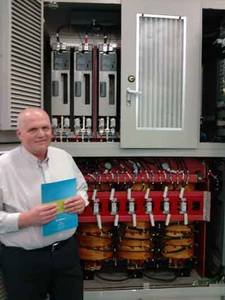 Yaskawa MV1000 is said to be the smallest 1000 hp drive available, with 30%-60% smaller volume compared to the last generation of Yaskawa product. It also has the longest mean time between failures (MTBF) at 200,000 hours, a number expected to increase, said those involved. Yaskawa Smart Harmonics Technology reduces input harmonics, meeting IEEE519-1992 and eliminating the need for other filters. Total harmonic distortion (THD) is less than 2.8%. Energy savings for customers derive from 97% or better power conversion efficiency at rated load and by motor speed control, particularly on variable torque loads such as fans, blowers, and pumps.

Employees, customers, and guests were invited to the plant for a Kagami-Biraki sake ceremony commemorating the new beginning. They celebrated next to the first MV1000 units made there, two of which were ready to ship to a pipe manufacturing customer in Ohio. Another will remain at the Oak Creek plant for demonstration, display, and continued testing.

The MV1000 drive uses open-loop vector control, meaning it is highly resistant to load fluctuations, enabling stable continuous operation without using an encoder. High-performance vector control can be used with synchronous motors as well as induction motors. The available user interface is the same used with Yaskawa 1000-Series low-voltage drives, for easy setting and operation. The Yaskawa DriveWizard Plus MV helps with setup, maintenance, and troubleshooting. A USB copy device aids with the transfer of parameters from drive to drive. Communications options include RS485 (Modbus), DeviceNet, Profibus-DP, and Ethernet. The drives are available at2.4 kV power lines (up to 2750 hp) or 4.16 kV (up to 5000 hp). Multiple induction motors can be run with one drive, reducing overall system size. Other options, including input integral input switchgear and engineered bypasses, will also be available.

Photo gallery follows. "Mouse over" the photos to see captions. 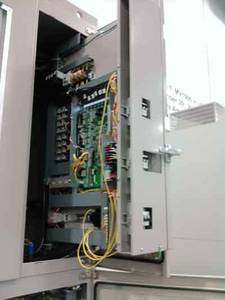 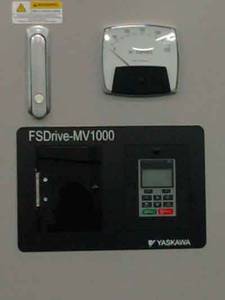 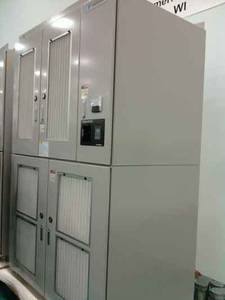 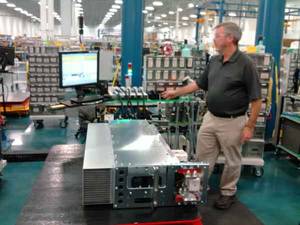 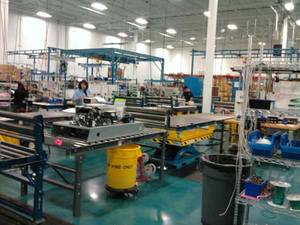 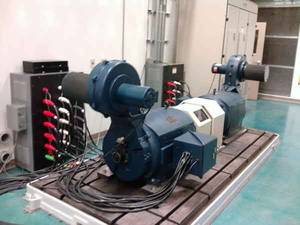 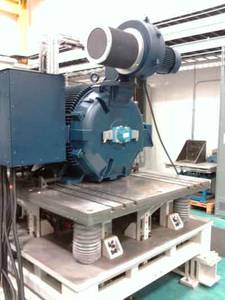 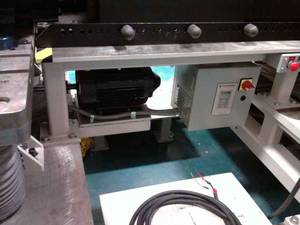 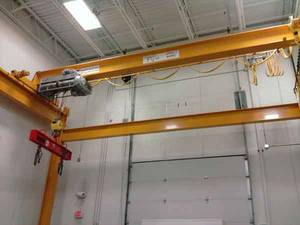 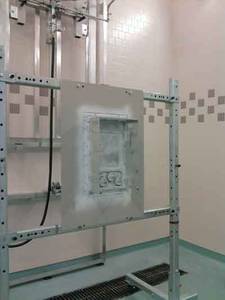 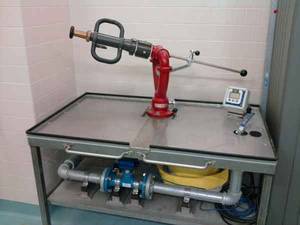