Are there differences in servo drives and servo amps? What are the different kinds of motor braking strategies? 'Brake' now for motor learning. 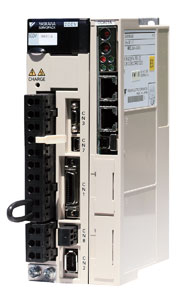 This month’s Back to Basics column, based on the Ask Control Engineering blog, looks at motor control terminology and motor braking technologies.

Amplifier (amp for short), inverter, adjustable-speed drive (ASD), and variable-frequency drive (VFD) are all terms generally used to describe the motor controller or the motion controller that adjusts motor speed, among other functions.

Motor braking is very useful as a way to apply resistance to a load without components wear (such as brake shoes or pads). Traditionally, the approach was to wire the motor driving the load in such a way that it could be turned into a generator when braking was necessary. This would apply resistance to the rotation and slow the action.

Dynamic braking takes the current generated by a motor in braking mode and sends it to a resistor bank. The amount of resistance determines the braking force so it can be carefully controlled from very light to 150% of normal torque. Rotational energy is dissipated as heat in the resistors. This approach has been very popular in Diesel-electric locomotives, and dates back to the earliest models. While it works well, dynamic braking does require adding the resistor bank and a way to carry off the heat, so this is extra equipment.

Regenerative braking is similar and sends the electricity back onto the local grid or into batteries. A Toyota Prius uses this approach and can charge the battery when driving down a hill.

Growing use of VFDs has created other alternatives that can be accomplished via software without more equipment. One method is dc injection braking , but this is usually only used to hold a motor that’s already stopped.

High-slip braking helps stop rotation by turning down the stator frequency well below rotational speed. The negative slip slows the motor. The motor absorbs most of the energy generated as heat rather than sending it back into the drive as regenerative breaking would do. It also doesn’t require beefing up the drive so it can handle the overload. High-slip braking cannot provide fine control like dynamic braking. Using it too often could burn up the motor, so it’s best used on an intermittent basis. Since it only requires software, it can be a very economical alternative.