How to apply simulation software to motion control: Computer simulation software can drastically reduce the cost and time required to design and deploy your next motion-control system, but if you aren’t careful, it can lead you down a primrose path to disaster. See graphic and images. September 2010, Control Engineering, feature article.

By: C.G. Masi for Control Engineering 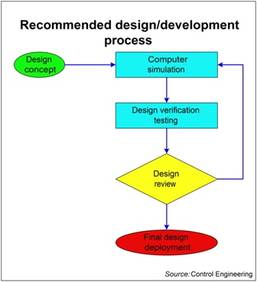 I am a Formula 1 (F1) racing enthusiast. That is important because in this season’s F1 manufacturer’s championship race, we see a comparison of two design strategies: one that includes computer simulation as part of the process for developing the all-important aerodynamic system on an F1 race car; the other relies completely on computer simulation for the aero package.

The team in first place uses a balanced approach—including both computerized fluid dynamics (CFD) modeling with empirical prototype testing in a wind tunnel. The team using the CFD-only strategy (sans wind-tunnel testing) is in last place.

While that may be coincidence, there’s no doubt that simulation software needs to be applied effectively and appropriately. As Tony Lennon, manager, industrial automation at MathWorks, producer of MATLAB and Simulink, warned: “Simulation can provide you with some very convincing wrong answers! We see simulation as an early step in an iterative design and hardware testing process. Used properly, simulation helps refine ideas faster and reduces hardware testing, but it does not eliminate the need to perform testing!”

Simulation in the design process

These tools provide significant input throughout the design and commissioning process. They allow engineers to predict motion-control-system performance quickly and inexpensively using software models that replace much, if not most, of the empirical prototype testing engineers were forced to perform before these tools became available.

Lennon is quick to point out, however, that the results simulations provide still need to be verified at important milestones during the process.

The “Recommended design/development process” diagram shows the suggested approach for complicated motion control systems. It starts with a design concept. In fact, computer simulation allows the process to begin with multiple design concepts, which can be explored in parallel. For example, one might simultaneously consider using a lead screw, or a linear motor, or even a pneumatic actuator to drive a robot axis. If it were a six-axis motion system, one could explore multiple combinations of drive-methods for different axes. In this way, modeling provides the designer with vastly improved freedom to explore different design options.

“Simulation of motion systems can occur on many levels,” reported Jon McLaughlin, section head for upstream process and equipment development at The Procter & Gamble Company (P&G). “You can use a basic simulation to understand approximate trade-offs in design parameters between the motion system and mechanical/process equipment. You can use a vendor-specific simulation to determine the particular motion control components you need to meet your operational needs. You can use a high-fidelity simulation to better understand the complex interactions between the process, mechanical system, and motion control platform so that you efficiently design a complex system before any capital is spent.”

P&G manufactures a wide variety of consumer products, so McLaughlin’s group builds motion control systems into a diverse range of converting, packaging, and manufacturing equipment. They run across and resolve some very complex motion control problems.

Javier Gutierrez, senior product manager for LabVIEW Simulation and Control Design Tools, National Instruments, said, “By building a model of the system, the users can have information about system performance and throughput [before it is even built], which can be fed back to other parts of the design teams to improve the machine.”

“With software like this available,” Lennon said, “design trade-offs and development paths become more transparent as all disciplines are represented in the simulation. System developers can weed out weaker ideas using lower fidelity models early in the process and add more model fidelity as the design direction matures.”

In the end, computer simulation should be used as a powerful tool during all phases of the development process. But, it should be balanced by a carefully planned and executed prototype testing program as well. The substantial gains (tens of percent reduction in development cost, and months of calendar time saved) accrue only to organizations that balance the two approaches. And, the very best approach is to put the two programs together under the direction of an experienced engineer who can judge the believability of the simulation results, and know when to spend the resources for expensive prototype testing. 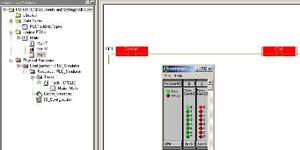 “[Simulation can be] extremely useful if done by properly skilled practitioners,” McLaughlin said.  “Simulating a system typically requires the user to understand the theoretical framework of system, which is always valuable. If you then couple this with practical experience and model validation, then you get a truly useful understanding of real systems that allows you to confidently design systems that will work without wasted design iterations.”

Nishant Unnikrishnan, applications engineer at robotic systems and components manufacturer Yaskawa America, agreed: “Machine developers who have used simulation for programming have been able to prepare code well ahead of having every component of the machine’s motion actuators in place. This helped them concentrate on fine tuning mechanical aspects of the machine once the actuators have been integrated on the machine. Time is saved and the pressure to deliver the project on time is reduced dramatically.”

Prototype testing is, of course, the gold standard for finalizing an engineering design. The old saying that “proof of the pudding is in the eating” is as true today as it was hundreds of years ago. The problem is that, without theoretical modeling to guide the empirical program, testing can quickly degenerate into a hit-and-miss proposition, that’s expensive and time consuming, with prototype after prototype being built, tested, and scrapped.

Robert Muehlfellner, director, automation technology, B&R Industrial Automation, said: “Simulation allows for parallel instead of sequential machine commissioning. Instead of the machine first being built mechanically, then equipped with all electrical and electronic components, and finally handed over to the controls engineer for developing and testing the application code, a lot of debugging can be done in simulation while the mechanical and electrical build is ongoing.”

“The motion control algorithm is only a small part of the code that needs to be deployed in the motion system,” said Gutierrez. “There is a lot more to the embedded aspect of motion control like embedded execution, real time performance, loop jitter, communication, drivers, and much more.” 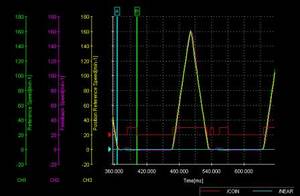 Muehlfellner echoed these sentiments: “Modern simulation technology … allows for mechanical load models to be integrated in the simulation environment to even verify drive sizing, predicting tuning values and testing feed forward algorithms. However, in many applications the mechanical data of a system, such as friction and inertia, are not known exactly up-front. Therefore models aren’t accurate and simulation results based on those models aren’t accurate either.”

“A lot of machine builders,” Unnikrishnan said, “develop projects without spending enough time on data gathering, planning, and organizing. If time is spent on gathering relevant information about the machine being developed, and organizing the information, simulation can be used to stagger the work load and prepare the groundwork. Simulation is used to prepare the framework on which the project is built around.”

Simulation can provide theoretical results for machine performance, Unnikrishnan acknowledged. “This can be far from the actual performance of the machine. Design engineers should understand this when they use simulation as a tool in their development.”

Not just for design 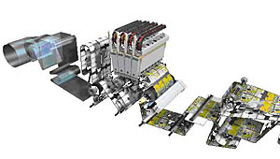 Computer simulation isn’t just for aiding the design effort. It is also helpful when programming the system, as well as during the testing phase. McLaughlin reported, “Simulation can help the designer quickly iterate to an optimal set of interrelated control and mechanical design parameters.   It can insure you select/size the appropriate equipment for your application.  Simulation can help the designer understand the complex interactions between the process, mechanical system, and control system dynamics and then allow them to design a complete system which will work properly the first time it is constructed.  Simulation, or emulation, can also be used to speed up commissioning through testing of the production software.”

On the other hand, Muehlfellner warned, “Beware of the limitations and accuracy of your simulation environment and models. Simulation is a great tool to predict results quickly before any metal is ever cut on the real system. However, your simulation results are only as good as the models that they are based on. There is also a point where refining the model to more closely resemble the actual equipment becomes inefficient.”

“In reality,” McLaughlin said, “it is a blend of simulation and on-floor validation that leads to the best results. Simulation experts who do not appreciate the challenges of implementation, and engineers who do not appreciate the fundamental insights that theoretically based simulations offer are both limiting the results they could deliver. It is when you get a person using simulations as one of their tools, along with their hands-on motion skills, that you really maximize their growth in understanding and impact on the business.”