Knowing how magnetism and electromagnetic induction work are crucial to understanding how an ac induction motor works and functions. 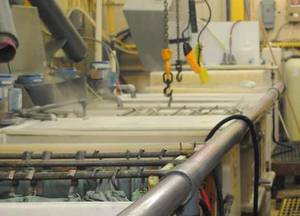 To understand how an alternating current (ac) induction motor works, it helps to look into the basics of magnetism and electromagnetic induction and how they impact the functions of ac induction motors.

Magnetism refers to the force that attracts or repels two objects from each other. This action takes place because of a magnetic field that exists with the movement of electrically charged particles. Magnets, for instance, have a strong magnetic field which attracts certain ferrous materials to them such as nickel, steel, cobalt, and iron. Identical poles of two magnets repel, while opposite poles create an attraction.

The law of electromagnetic induction explains how the magnetic field and electric circuit relate to each other. The physicist Michael Faraday played a huge role determining the law through his experiment using a coil and magnet, he was able to discover the induction of electromotive force (EMF) in the coil due to the changes existing to the flux linked to it.

In another law, Faraday explained that the magnitude of the EMF induced in the coil relates to the change of flux's rate linked with the coil. The coil's flux linkage is the result of the number of turns made in the coil, as well as the flux related to the coil. Faraday's law is an essential law of electromagnetic induction. His law is applicable in various electrical machines and industries.

When it comes to operating an ac motor, it is important to understand the principle of a rotating magnetic field. This field affects all electromechanical applications including electric generators and induction motors. In simple terms, a rotating magnetic field pertains to the magnetic field with moving polarities. The opposite poles rotate around an axis or central point. There is a constant angular rate with the changes in direction during the rotation.

Induction motors do not use magnets as the latter tend to degrade over time. Instead, these motors use rotors which follow a rotating magnetic field of a stator. The rotor's short-circuited turns form eddy currents in the stator's rotating field. As a result, the rotor moves in an efficient manner. Since these are not synchronous motors, there is a particular degree of slip necessary for creating the current due to the rotor and the relative movement of the field.

How an ac induction motor works

Some pieces of equipment and motors rely on ac for power. When it comes to an ac motor, power is produced by the ring of electromagnets positioned around the exterior that produce a rotating magnetic field. This ring makes up the stator.

In the stator, various components conduct electricity. These components include a solid metal axle, coil, and freely-rotating metal pieces. To activate an ac motor, power is sent to the outer coils energizing these components in sequence. This sequence generates a magnetic field that rotates around the exterior of the motor.

It is electromagnetic induction that makes it possible for such a motor to spin. Therefore, it is referred to as an induction motor due to the manner in which it rotates and operates.