Thermal imaging has opened the door to entirely new applications that previously may not have seemed possible for industries such as farming, mechanical inspection, and construction.

Thermal imaging technology is being deployed in some very creative ways across a wide range of industries. Everyone from engineers to farmers are using thermal imaging to see things they never could in the visible light spectrum. 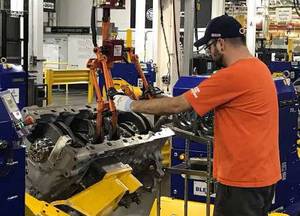 Thermal imaging is showing promising results in a lot of different applications and quickly gaining popularity for it. However, it's important to first note the technology's limitations before speaking of its numerous benefits.

While thermal energy has powerful capabilities, it also has some limitations. It is important to fully understand the technology before you begin implementation in your application. In order to avoid ending up with an imaging solution that doesn't work for your application, make sure to consult a qualified Certified System Integrator, who will be able to tell you what's appropriate for your application

Thermal imaging is used in many ways—some of which may never have seemed possible. For example, farmers are using thermal imaging for a number of different applications. Sugar beet farmers pile their harvested beets in several large pyramids before processing them. Thermal imaging reveals which pile is the hottest, in other words, which pile will spoil first, so they can process the hottest piles first and increase their annual yields.

Thermal imaging is used widely in mechanical inspection. If two motors are operating at the same speed with the load, they should look similar on a thermal camera. Differences in heat emissions signals the early stages of an operating error in one of the engines.

The construction industry makes heavy use of thermal imaging too. Thermal images, when a large temperature difference is created inside a structure and outside, can reveal insulation and HVAC issues, detect electrical problems and pinpoint energy losses.

There are quite a few other ways in which thermal imaging is being used to solve problems a camera on the visible spectrum could not. Thermal imaging has proven its use by opening the door to entirely new imaging applications.

This article originally appeared on the AIA website. The AIA is a part of the Association for Advancing Automation (A3). A3 is a CFE Media content partner. Edited by Carly Marchal, content specialist, CFE Media, cmarchal@cfemedia.com.

See more from AIA below.