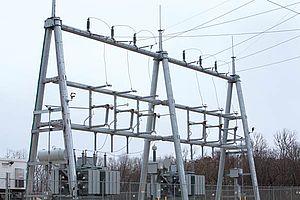 In refining and petrochemicals, electrical systems are the unsung heroes of plant profitability and operational efficiency. Telltale warning signs, such as poor power factor, voltage fluctuations, or harmonic distortions are often ignored. Yet, until these systems verge on catastrophic failure, they attract scant capital investment.

Service disruptions and failures "behind the meter," i.e., within the industrial facility itself, cause a disproportionate share of economic losses. Plant downtime costs due to electrical system failures can be staggering when factoring in the costs of idle and nonproductive staff in addition to lost production. Being without power for an entire day could mean the difference between profit and loss for an entire month.

Kansas City, Mo.-based Burns & McDonnell recently completed an electrical system upgrade project for a major manufacturer of nylon intermediates. These intermediates are critical to production of high-end carpets. Plant output also includes nylon fiber, resins, and other specialty products. The facility, which is more than 50 years old, was productive and profitable, yet, in recent years, experienced increasing power system issues. The problems culminated in a major outage and extended shutdown resulting in millions of dollars of lost production. This incident convinced management it was time to invest.

A team from Burns & McDonnell Power Distribution & Controls (PDC) had studied the facility prior to the outage. A master plan pinpointed needed system improvements to address reliability, safety, and maintenance over the next 20 years. An action plan was brought to bear. Top priority was upgrading the primary 138 kV transmission line with improved protection and a fault-isolation system.

Backup power supplies were found near the plant, but it remained vulnerable to outage from a single event. Both primary and backup sources shared the same relatively short transmission line, which operated with normally closed secondary tie-breakers. In other words, though power came to the plant from multiple sources, it risked power loss because power flowed through a single transmission line to a switchyard inside plant boundaries.

The 138-kV transmission line was modified. A new switchyard/substation allowed independent connections to the primary and two backup power sources (see Figure 1). As important, a redundant fiber optic network was installed, connecting all sites. The enhanced network allowed each power source to be controlled by its own substation transformer for isolation and greater protection in the event of a fault.

A communications network allowed monitoring of all sites within the plant using supervisory control and data acquisition (SCADA). In the event of a fiber optic cable cut or equipment fault, network traffic can reverse around the completely redundant fiber network. This reduces recovery time to seconds rather than hours or days.

The planning process revealed the causes and costs of power quality issues. It's important to know, for example, that barely perceptible power sags can cause big problems in industries that have highly sensitive process parameters.

"Power factor" is the ratio of real power-the energy that illuminates lights and drives computers-to the apparent power coming into the circuit. The difference between real and apparent power is called reactive power.

Inductive loads such as motors and drives are a primary cause of poor power factor. Nearly all manufacturing facilities depend on motors that kick on or off according to production demands.

Poor power factor can be corrected by installing capacitors either at the motor or on the network. One solution is a voltage source converter (VSC) that compensates for dynamic power factor caused by unbalanced loads.

"Harmonics" are the wave fluctuations that occur when a nonlinear load draws a current out of phase with the normal current. Anything that runs on 60 Hz ac, which includes nearly everything found in homes or businesses, can create minor distortions in pulling current out of phase. In industrial facilities, nonlinear loads, such as electric arc furnaces, welding machines, and other specialized equipment draw high loads and exert pull, to draw power out of phase. Poor harmonics can cause:

Solving harmonics issues often involves installing harmonic filters that measure the distortion at the supply side-where power enters the system, often at the breaker/transformer-and sends out a corrective waveform that cancels or minimizes network distortions.

Voltage fluctuations happen when power flow dips or rises unexpectedly. These fluctuations can occur either behind or in front of the meter. Within the facility, they can be caused by motors starting. Outside, weather events or the overloading of a section of the local distribution grid can come into play.

Voltage fluctuations are particularly problematic for electromechanical relays. A large industrial plant may have thousands of installed relays, and a large voltage fluctuation can cause them to trip off in a cascade effect.

Too little reactive power can cause voltage fluctuations-a small margin is always needed. Reactive power control devices compensate for voltage instabilities by improving power factor. A flexible alternating current transmission system (FACTS) device can act as a source or a sink for reactive power, keeping it within the correct ratio. FACTS are based on voltage source converter technology and often can be a good solution when normal reactive power provided by generators or capacitor banks is too slow for sudden load changes. 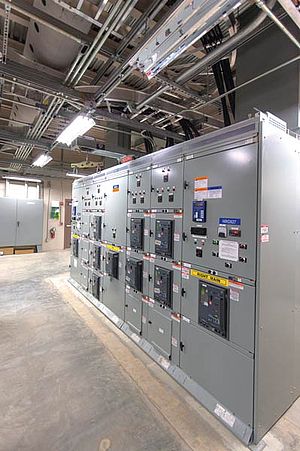 Outages are an obvious problem, caused by transient voltage spikes or surges. Outages are most often caused by problems on the distribution grid, such as storms and accidents. However, poor grounding, switching of inductive loads, or electrostatic discharge within the plant can cause a portion or even all of the system to go out.

Even small electromagnetic discharges can cause problems and often are the reason for failure of a piece of electronic equipment or controller board. The solution is to install an uninterruptible power supply (UPS) to condition incoming power. The traditional solution is to install a resistor-capacitor that acts as a circuit inside a transformer, which acts as a layer of protection.

Energy storage options following from advanced battery technologies are becoming one solution for UPS, particularly at data centers, which cannot tolerate even minor power fluctuations. Batteries can be used in coordination with backup power supplies for seamless transition, or to slowly bring down critical systems. Microgrids are the solution many industrial plants are turning to for protection from external power disruptions.

Power quality issues at the petrochemical plant project were resolved by replacing an outdated system with more sophisticated, smart controls. Detecting problems is easier, as is solving them (see Figure 2). After its systems were protected with redundant power feeds, the controls were prioritized in terms of those that needed to start up first and then those essential to health and safety. Other upgrades were targeted as necessary for long-term growth.

As in most industrial projects, cost was a factor. The studies looked to economize on equipment inventories. What can be mothballed or is no longer needed onsite? Are there central storage options for multiple affiliated plants where all wouldn't be needing space for the same parts and equipment? Do repair schedules require keeping equipment onsite or can a delay in transport be managed?

The answers to these types of value-engineering questions guided the engineering and construction staff, in conjunction with the plant's operations and maintenance personnel, to optimize the costs and benefits of each solution identified.

Modeling and analysis are invaluable tools. They can lend support to management decisions on setting budgets and calculating return on investment (ROI) to help prioritize upgrades or renovations. The goal is to demonstrate that power systems can't be overlooked when setting capital budgets for overall plant process improvements.

Whatever a plant's refining or petrochemical product, prudent investment in power distribution systems can be the means to long-term competitiveness and profitability. Moreover, a least-cost approach to power distribution system upgrades is completely feasible with proper planning and analysis. Finding an engineering partner with an integrated team of all disciplines, including construction professionals is a first step.

Mike Zakar is substation department manager for Burns & McDonnell's Houston-based transmission and distribution group. In his more than 22 years in the industry, he has worked with North America's largest utility, renewable energy, and industrial companies on a range of complex power delivery projects.